First of all, my apologies to the straightforward wording I am using here.

This was the longest time I was off, not being able to start proper experiments was one of the most frustrating situations I had to live with.

The reason is simple, I lost my job and the lab at the same time. I was allocated a large space to set everything up there. But the company failed and I had to move my stuff back home, in boxes. No garage, no free space there, it was stuck in boxes!

That happened in April 2016, the time to get back to research was long because I wanted to give a try to a couple of ideas that were stuck in my head. The free time I had was providing the right opportunity for these to emerge, eventually.

First I tried to build a collaborative company with friends, targeting breakthrough technologies, it didn't work out and the group spread. Then I went lobbying the EU to make them aware of LENR advancements. They are great people, some are aware of the advancement in LENR, but we all live in the “Capitalocene”, not in the “Anthropocene”, or at least not yet.

So I started my consulting company. All in all, I was able to afford a rent for my lab in December.

I was lucky enough to find a great place held by a wonderful landlord close to my city. It is small (33m2) but it is sufficient for myself and my stuff. Then I made a couple of furniture and found a couple of used cabinets and I was good to start again.

The MFC is back

The most frustrating feeling I had regarding this situation was related to the small-lasting accomplishment of the mass-flow calorimeter.

It took me a year and a half to design, build assemble, program and tweak this large machinery. I had great support from many people to make it, including our wide variety of donors. While I was turning it on with Celani’s wire inside, I was being fired. I literally let it run as long as possible, at the end of the move the MFC was standing in a completely empty room. It was kind of strange.

There will be a video dedicated to the improvements of the system, but in a short sentence, I made the system more reliable and predictable to strengthen the data against unwanted behavior.

The mass-flow controller is now well managed and understood. A slight improvement will see the light later to ensure even better stability.

As for now, the bench’s thermoregulation is calibrated, the flow-controller is calibrated too, the vacuum manifold is set and configured.

I only need to check the power supply, the pressure transducer, and the LabVIEW program. By the way, if a goodwill wants to help me integrate the data from the program into Plotly, I would be glad to get in touch. There is a tutorial here. 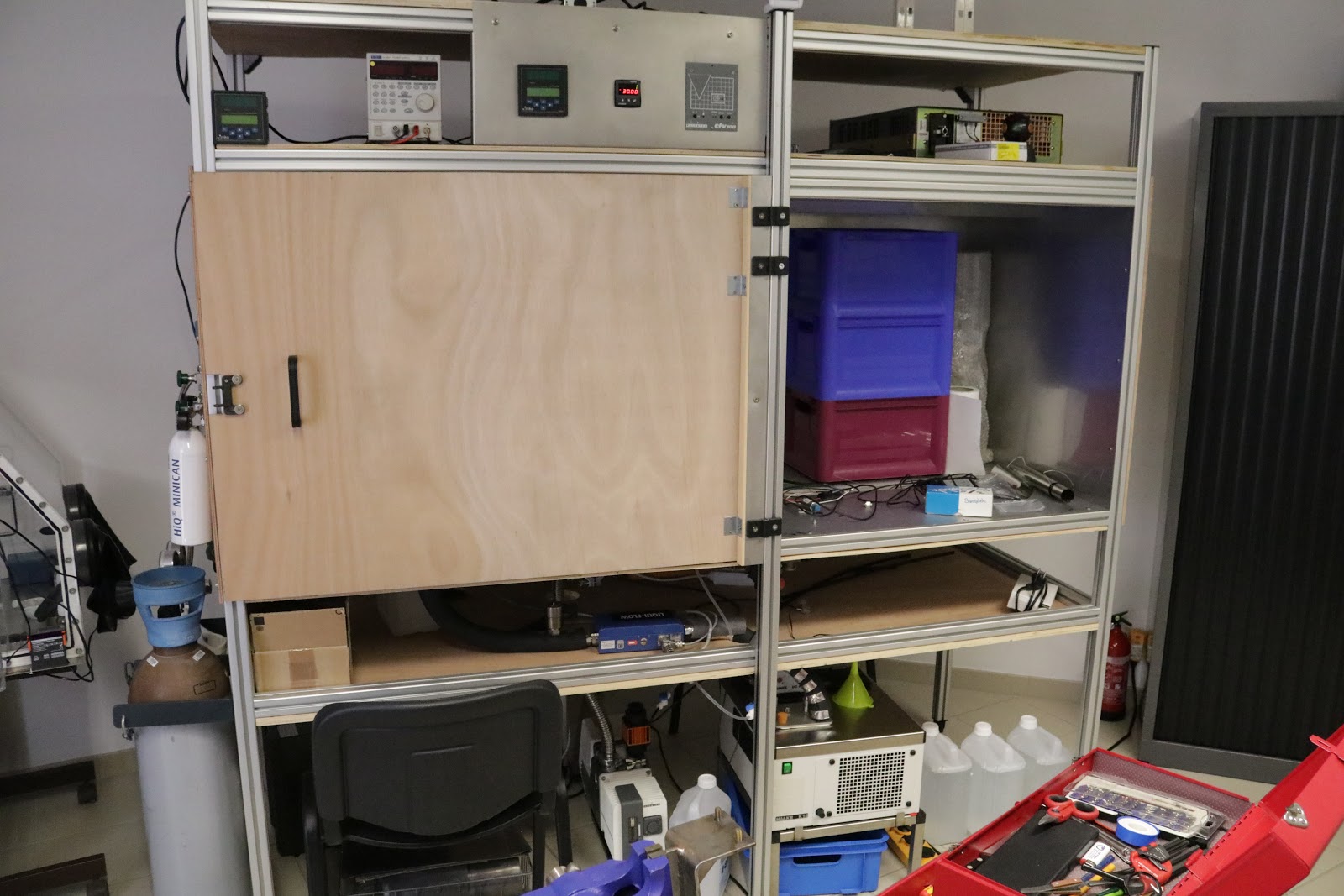 Finally, the internals of the system will be adapted and final calibration can take place. Celani is preparing the wires, and I have a Parkhomov internal almost ready. Let me know which one you would prefer to see running first. I would be interested in having your thought.

With the great help of Alan, I have been sent some identical material to what he has been using for GS5.2. Alan was kind enough to send me this while I was still at home with no place to set it up. Even if I was proposed a place to make this experiment happen, it was visited from time to time by a project my wife was starting up, and the safety of the equipment was far from sufficient, making myself chomping at the bit for a new place. 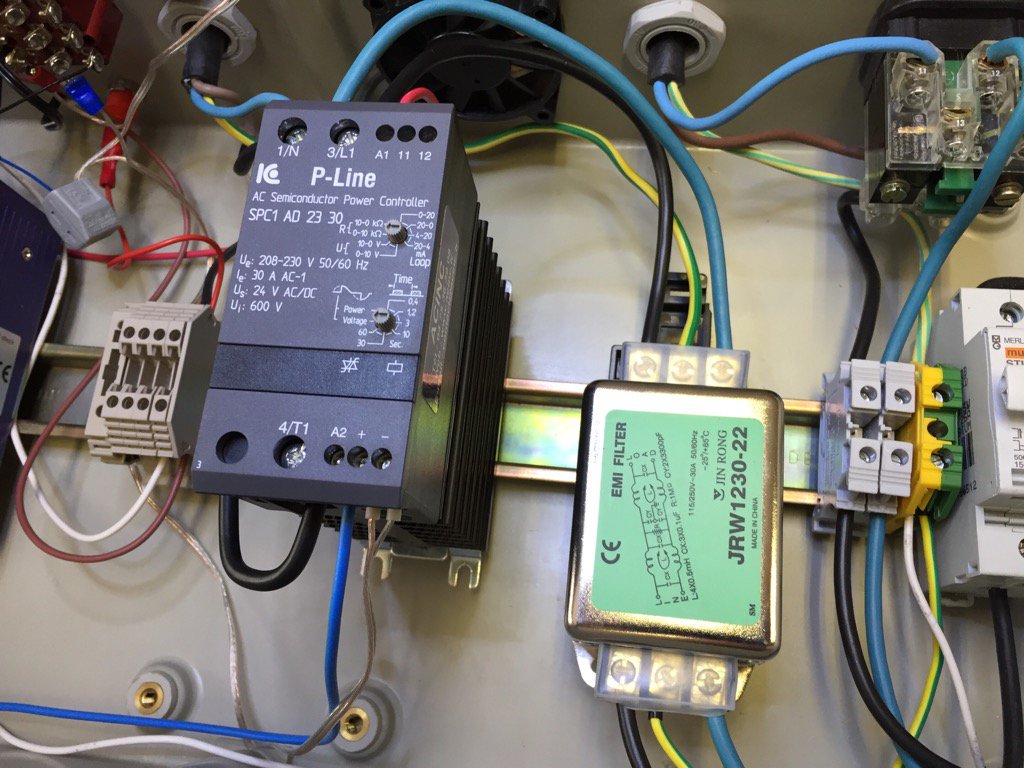 The setup is almost completely assembled and I have just ordered the capsule tubes where the fuel loads inside. The glovebox is dry and clean. I have added and EMI filter ahead of the SCR on the power box to avoid inducing too much perturbation in the building mains.

A new vacuum pump will be dedicated to this setup as well as a brand new Chinese-made hydrogen generator. It will improve purity and remove my dependence to “air makers” (follow my eyes). 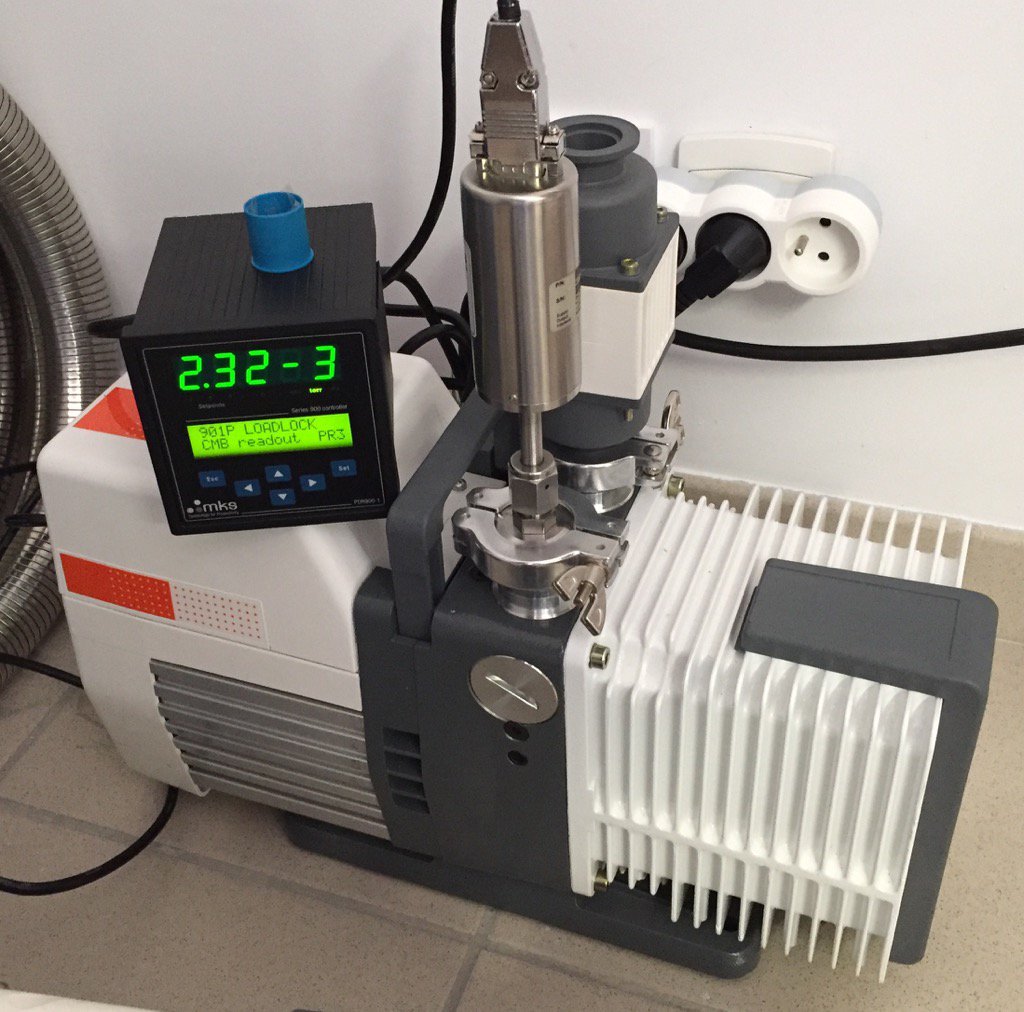 I have been given a couple of neutron detector setup by a friend. It includes the whole system with the 3He chambers, the HDPE sphere to thermalize the neutrons, the preamps, and I got a high voltage power supply to make that whole thing work.

Jean-Paul lends me his RaBe source, but it is a home-made one, so it is not anywhere near a characterized and flux-calibrated source. However, it is just enough to see small variations from natural background.

On the gamma radiation side, I have molded approximately 50 kg of lead for the gamma detector. And I might be able to make 50kg more soon. The mold consists of a 17 cm length tube that is 3cm thick and able to host the 10 cm NaI crystal inside. A 3 cm disk is also limiting the solid angle coming from the source I want to look at, it takes place in front of the crystal. 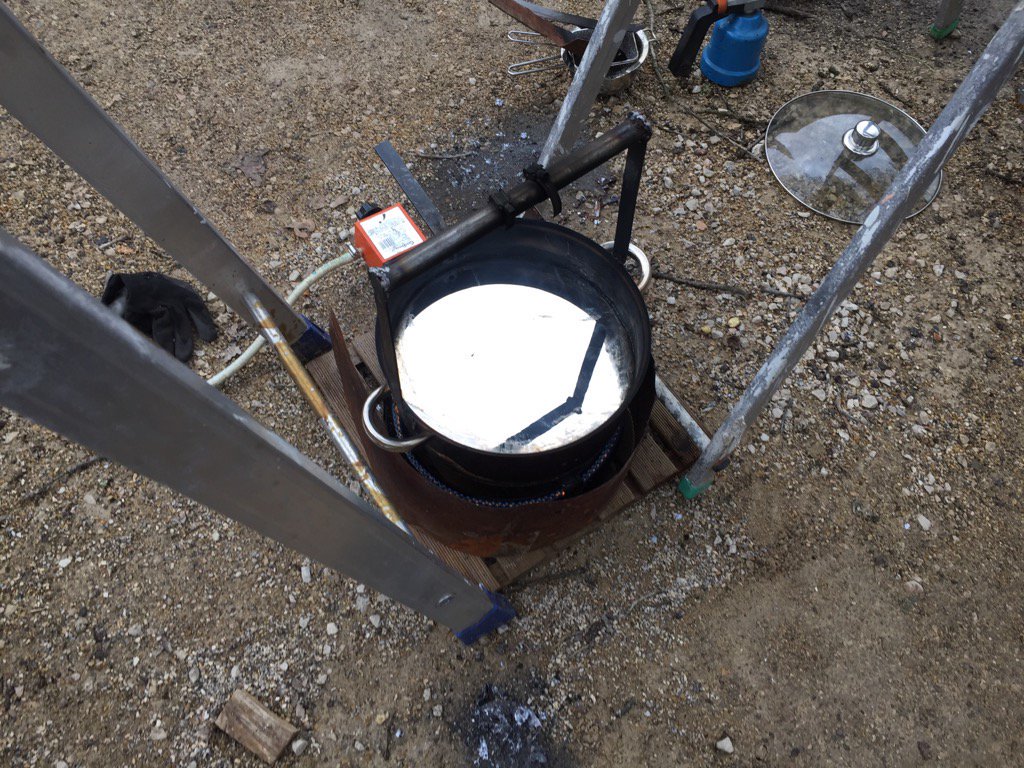 The second mold planned will complement this one, get tightly close to the crystal to shield it better, get thicker (~5cm). Depending on the resources I can allocate, a second gamma-spectacular system will complement the first one. But it needs to be separated part if want to explore the electron-positron annihilation using the second crystal. Additionally, this stuff is not easy to carry…

Of course, I am always willing to accept a better option.

Finally, I have been eager to develop another project for a long time. It is kind of “back to Dash’s bench” since it will deal with electrolysis. But that is the only thing I want to say for now.

Sorry sorry sorry, I sincerely can’t apologize more for the absence of updates. Usually, if I don’t say anything, it is simply because there is not much to say. Thanks to all our supporters and donors for their patience and understanding. April 2016 was a big fail, I hope April 2017 will be a much better time.

0 #7 79Monique 2018-07-31 21:05
I can see that your blog probably doesn't have much visits.
Your articles are awesome, you only need more new readers.
I know a method that can cause a viral effect on your blog.